Early results show Palin about 10 percentage points ahead of Republican challenger Nick Begich III, a sizable lead in the hotly contested race. However, the outcome could still change significantly as only 54 percent of votes have been counted, and the Associated Press has yet to call any winners. Alaska is not expected to release any more vote totals until Wednesday.

The top four finishers, regardless of party affiliation, will advance from the primary and face off on Aug. 16. The winner of that ranked-choice election will serve out the remainder of Young’s term.

Another election will determine Young’s longer-term successor through a pick-one primary also scheduled for Aug. 16, with a ranked-choice vote in November. More than 30 people are running.

With celebrity status and an endorsement from former president Donald Trump, Palin is the most prominent candidate in a crowded field. But her popularity in Alaska has faded since her time as governor, and the new ranked-choice voting system — designed to elect candidates with broad support — could complicate her bid.

The Alaska Republican Party, meanwhile, has endorsed Begich, a former campaign co-chair for Young from a family well-known in state Democratic politics. He launched his bid before Young’s death and ran as the more conservative candidate.

Palin’s campaign did not respond to requests for an interview or comment.

On Sunday, in the state’s capital city of 32,000 people, there was little fanfare over the race to replace its sole representative in the U.S. House.

There were few campaign signs downtown for any of the 48 candidates, and patrons in coffee shops and dive bars appeared to care more about escaping the rain than the election. The quiet morning felt a long way from the chaotic field of candidates that drew national attention for its size and unusual cast of characters. But the locals watching the race remembered well the daunting process of deciding whom to support after decades with the same representative in Washington.

Inside a boutique clothing shop, 29-year-old Lydia Kline described the moment she opened her ballot at her dining room table.

“It was so overwhelming,” said Kline, born and raised in Juneau. “I knew some of the names, but there was just no way I could research all of those people.”

So Kline, a lifelong Democrat, went with someone she knew had experience working in Alaska politics: Adam Wool, a Democratic representative in the state House. She also liked that he appeared more focused on governing and less on becoming a star in national politics.

“He seems like someone who could work with other people,” Kline said. “And not let politics get in the way of that.”

Jim Folsom, 64, said he is similarly looking for a candidate who has stayed above the partisan fray. Though he has twice voted for Trump, Folsom said he believes that his state should be represented by an official who cares more about the people of Alaska than about politics.

To Folsom, Young was the ideal representative.

“He seemed interested in the majority of people’s well-being, and he was not bought by lobbyists,” Folsom said, sitting in a coffee shop in downtown Juneau.

So Folsom said he made his decision by following Young’s widow, who endorsed Josh Revak, a Republican who serves in the state Senate.

Folsom, however, did not vote in the special election primary. With the ranked-choice voting system and multiple elections coming up to choose both a short-term and long-term representative to replace Young, the 64-year-old was confused about when to vote. He missed the Saturday deadline.

Young’s sudden death at 88 in March set off a scramble to fill Alaska’s lone seat in the House. In addition to former campaign staffers for Young, the field includes a self-described democratic socialist from the town of North Pole who legally changed his name to Santa Claus.

“A special election as wide-open as Alaska,” the editorial board of the Anchorage Daily News declared last week.

Alaska has reliably favored Republicans for federal office in recent years. But the state also has more undeclared or nonpartisan voters than registered Republicans and Democrats combined, and longtime Republican Sen. Lisa Murkowski is a key swing vote in Congress. Alaskans voted to do away with traditional party primaries in 2020, underscoring their independent political streak.

The special election primary was conducted largely by mail, though there are some in-person voting locations. Mail ballots must have been postmarked or received Saturday — labeled “Election Day” by the state’s Division of Elections — or earlier.

The quirky process could hurt Palin’s chances, given how polarizing she is, said Jim Lottsfeldt, a longtime political consultant in Alaska who works for candidates in both parties and whose company has been working for a super PAC supporting one of Palin’s opponents, Republican Tara Sweeney. In a May poll by the company Alaska Survey Research, Palin led narrowly in the pick-one round but was eliminated in ranked-choice.

Sarah Palin is running for Congress. Many Alaskans are skeptical of her.

Once a well-liked Alaska governor with little national profile, Palin extended her political footprint beyond her home state in 2008 when she joined the ticket of then-Republican presidential nominee John McCain. Palin excited the Republican base but quickly gained a reputation for gaffes mocked on “Saturday Night Live.”

Less than a year after she and McCain lost the presidential election, Palin resigned as governor, a decision that earned her many critics in Alaska. She went on to champion the conservative tea party movement and secure a lucrative book deal and appearances on reality TV.

“I think maybe she left us behind somewhere on the way to fame,” one conservative local official, Jesse Sumner, told The Washington Post this spring.

Palin declared her candidacy for Alaska’s House seat just before the filing deadline, focusing on concerns about inflation and the need for “energy security” in a statement posted to social media. “As I’ve watched the far left destroy the country,” she wrote, “I knew I had to step up and join the fight.” Trump announced his support days later, noting that Palin endorsed him early on in his presidential bid.

On Twitter, Palin has also been touting endorsements from Donald Trump Jr., conservative radio host Dan Bongino, former Texas governor Rick Perry and more. Begich sought to play down the significance of the former president’s decision to wade into the contest.

“Alaskans are very independent people, and we will think for ourselves,” Begich said in the interview Friday, when asked about the influence of Trump’s endorsement. He highlighted his endorsements from leaders in Alaska.

Headed into Saturday, Santa Claus had been regarded as a real contender for finishing in the top four. The North Pole city council member was in sixth place after the initial vote tally, and is only running to serve the rest of Young’s term.

Alaska is having the wildest election of 2022

Claus is not the only liberal candidate in the mix. Anchorage Assembly member Christopher Constant and former Alaska legislator Mary Peltola are running as Democrats, among others. Al Gross, who won the Democratic nomination for Senate in 2020, identifies himself as nonpartisan on the special election ballot.

The field includes several Native candidates who would be Alaska’s first indigenous representative in Congress.

This year, the ranked-choice election system holds the potential to boost Murkowski, the moderate Alaska senator seeking reelection amid attacks from her right. Trump has targeted moderate Republicans around the country for their votes to impeach him or certify his 2020 election loss, and Murkowski voted last year to remove him from office after his supporters stormed the U.S. Capitol.

Trump has endorsed a challenger for the Senate, Kelly Tshibaka. But it remains to be seen how much he will influence the race. Murkowski has survived challenges from within her party before: In 2010, she won reelection as a write-in candidate after losing the Republican primary.

Knowles reported from Washington. Aaron Gregg in Washington contributed to this report. 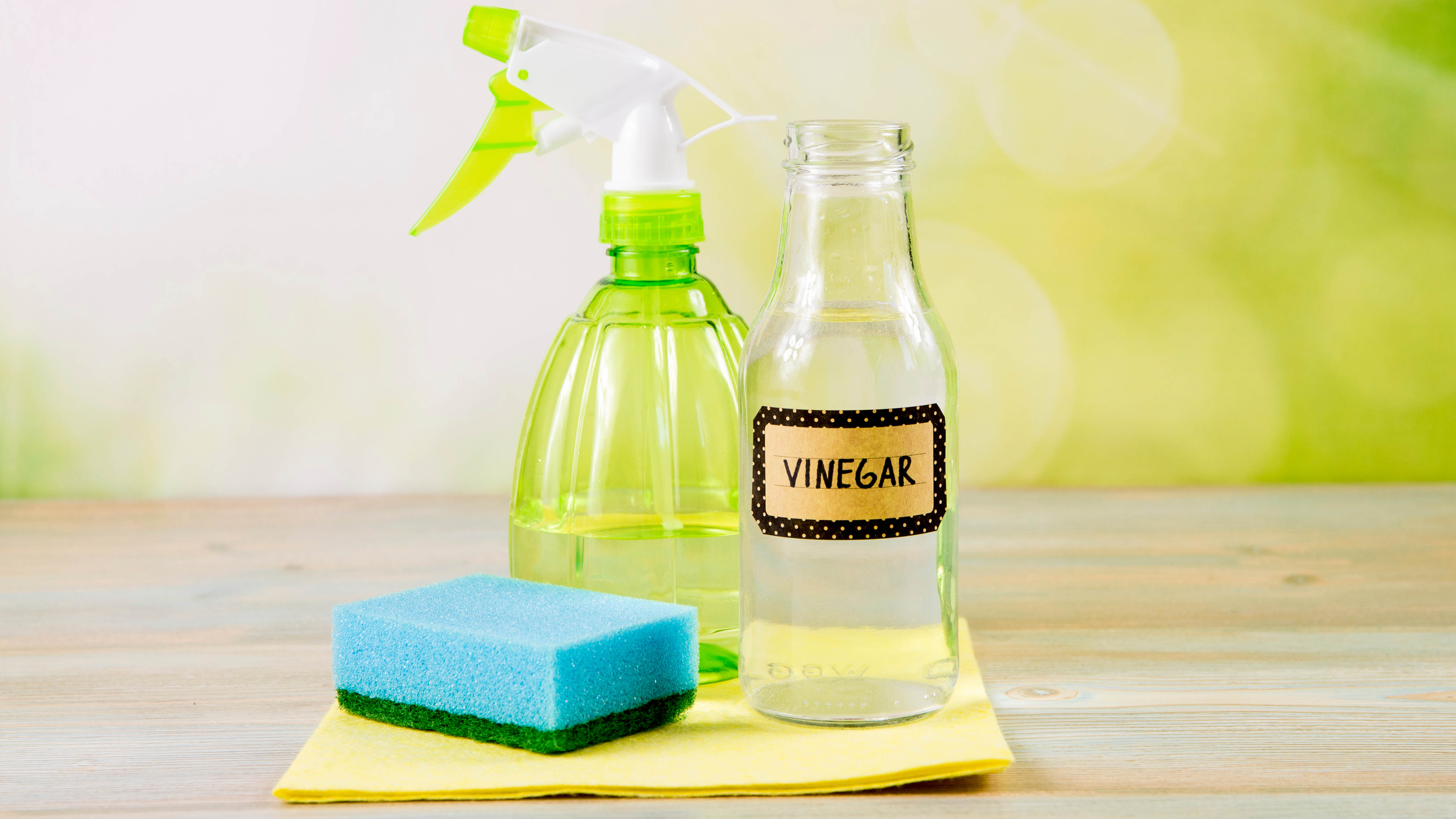