Nestled in Seattle’s Queen Anne neighborhood is a 10-story continuing care retirement community that, until a couple years ago, was on the brink of obsolescence.

Built in 1960, Bayview’s interior and exterior looked extremely dated, compared to newer senior housing communities that opened in recent years. Eventually, the community’s board of directors recognized that a change was essential, and approved what would ultimately be a $57 million repositioning of the building.

This master plan took years to get off the ground and was complicated by Bayview’s location in a densely populated urban core, with little to no available land to expand the campus. Construction, meanwhile, interrupted the lives of residents and workdays of staff.

Ultimately, Bayview’s repositioning was completed in late 2019, transforming the lives of its residents and breathing new life into a classic building by bringing modern amenities into the campus while honoring its original design. The efforts earned Bayview top honors in the 2020 Senior Housing New Architecture & Design Awards “Best Repositioning” category.

Bayview was built in 1960 from a design conceived by architect John Graham Jr., whose most iconic design is the Space Needle commissioned for the 1962 World’s Fair in Seattle. Drawing from the mid-century modernist trend that dominated architecture at the time, Graham designed a building that provided residents with stunning views of downtown Seattle, Puget Sound and the Olympic and Cascade Mountains, Bayview CEO Nancy Weinbeck told Senior Housing News.

Bayview opened with 134 independent living units, 59 assisted living units, a common living and dining room on the ground floor, and solariums for residents on each floor. An expansion in the 1990s included a 50-bed skilled nursing cohort, a childcare center and a rooftop terrace.

Although Bayview underwent minor renovations over the decades, leadership resisted committing to a full-scale overhaul and, as a result, the building began to look dated on both the outside and inside. As the market for senior housing changed, Bayview’s leadership and board of directors realized that action was needed.

“The clock was ticking on Bayview’s viability,” Weinbeck said. “It just wasn’t meeting the [needs of] upcoming generations of retirees and what they wanted.”

In 2014, Bayview’s board of directors created a master plan to reposition the campus, and enlisted Bremerton, Washington-based architecture and design firm Rice Fergus Miller (RFM) to execute it, Principal Greg Belding told SHN.

Seven new one-bedroom independent living rooms were carved from common space throughout the building, while a floor dedicated to assisted living was reclaimed for 23 additional independent living apartments. On the ground level, a 21-unit memory care wing was designed with shared living and dining spaces, which open to a family visiting room and a patio.

Bayview’s new amenities include a heated saltwater indoor pool which directly connects to a wellness center featuring a fitness room with exercise equipment and floor space for yoga classes and stretching. The new dining venues are highlighted by Monsieur Pickles, a bistro-style venue across from the wellness center, and a greenhouse cafe on the rooftop.

The main dining room was redesigned to bring in light and provide stunning views of the terrace garden outside. Wood and neutral tones were added to provide a sense of space while honoring Graham’s original design. Other revamped amenities include a library, as well as an arts studio with a fully outfitted kitchen space. Both rooms have a continuous flow from one to the other, courtesy of glass transoms and wide windows.

In addition to the greenhouse cafe, the rooftop was renovated to include a sky lounge and cafe, an outdoor patio, and multipurpose space.

Finally, the main entrance, which was partially below grade, was relocated up one floor. This refreshed Bayview’s streetscape while controlling access to the community’s assisted living and memory care segments. A new elevator and exit stair tower was added to serve the building, while retaining its original character.

Before renovations could begin, Bayview first needed to get its financial house in order to obtain the necessary bond funding to finance the project, Weinbeck said. She credits her predecessor as CEO, Mary Cordts — who retired in April 2019 — for spearheading the repositioning effort and seeing it through to completion. Eventually, the bonds were in place by 2016 and construction could begin.

Bayview’s vision of expansion to meet new revenue demands was in conflict with key aspects of Seattle’s zoning restrictions, Belding said. For example, their desire to enclose outdoor space on the top floor with penthouse apartments was in violation of height restrictions put in place after the original construction.

Another significant structural issue involved the placement of the pool. RFM decided to wedge it between existing columns, while taking care to not disturb below-grade structural footings. Additionally, RFM discovered during construction that it had to contend with unexpected below-grade plumbing, as well as replace Bayview’s original oil-fired boiler system, which provided hot water for the entire building.

“They’re extremely inefficient, and they took up a huge amount of space in the basement area — space that we could really use for other things,” he said.

RFM installed an energy efficient, gas-fired boiler system which took up one-tenth of the original system’s footprint. The free space was then converted into revenue generating space such as the wellness center and bistro, storage space for residents, and supply space for back of house and maintenance staff.

Adding a new dining venue on the rooftop precipitated the need for a new elevator, which RFM added by repurposing a decommissioned incinerator chimney. This presented a challenge: the chimney had a full liner inside that had to come out, but the structure was not big enough to fit more than one person inside to do the work.

“Getting somebody in there to take it out was quite the challenge,” Belding said.

RFM and Bayview knew that renovating the building would disrupt operations, as well as the daily routines of residents. Also, some older residents needed to be convinced that the work was needed.

RFM engaged residents in the renovation process, gathering their insights on what they wanted to see inside the building and involving its resident committee in the design process, RFM Owner and Principal Jennifer Fleming told SHN.

One of the goals shared by the design team and the resident committee was to honor Bayview’s original design, but to do so in a modern way that serves today’s residents. That is exhibited in carpet colors and design patterns that hark back to the mid-century modernist aesthetic, yet feel contemporary and spacious.

“The residents were very involved in that process,” she said.

Residents were originally reluctant to cede common space on the apartment floors for new units, but RFM was able to keep some of that space and repurpose it into a small sitting area, each one featuring an iconic Seattle street scene or architectural landmark. These also serve as wayfinding points for residents.

“One of the things that we’re really passionate about in our work is finding ways to engage residents,” Fleming said. “The more that we can involve residents and engage them in the design process, we have [realized] greater results than when you work in a vacuum.”

As renovations progressed and new sections were under construction, Bayview worked to maintain its services to residents. The library and art room was used for meal service while the main dining room underwent renovations. Some residents found their apartments abutted the new elevator shaft, which led to noise complaints, Winebeck said.

RFM also conducted earthquake retrofitting during the renovations, which added another level of stress to the proceedings.

“The noise got to be pretty bad at certain points,” she said.

Bayview’s renovations were completed in August 2019, four months after Weinbeck succeeded Cordts as CEO. The completion came as a welcome relief to staff and residents alike, because the logistics of maintaining services and care while renovations were ongoing made way for making use of the new amenities.

At the same time, new, younger residents moved into the community, and provided fresh energy for the ones who endured the construction, and Weinbeck observed that the mix of younger and older seniors changed the makeup of Bayview’s census, for the better.

“Our younger residents came to our older residents,” she said. “There were very meaningful and profound relationships that developed, between them.”

Many of the older residents expressed surprise and satisfaction that the RFM team was able to completely transform Bayview’s interior design, adding so many amenities while making several nods towards Graham’s original mid-century modern design.

“There was a lot of relief when [construction] was over, and pride in how beautiful the building became,” she said.

One member of the resident committee, a retired architect, challenged RFM more than any other member, and was skeptical that the firm could pull off the repositioning and maintain its mid-century charm, Belding told SHN.

Once this resident saw the final product, he was convinced otherwise, which Belding learned during an encounter at a fundraising event.

“He was smiling from ear to ear,” Belding said. “He came up to me, shook my hand and said, ‘This is just fantastic. I had no idea that you could pull this off.’”

Bayview’s overhaul left an indelible impression on David Dillard, principal and senior living practice leader at HKS Architects and one of this year’s judges. He had high praise for the design team’s ability to make the most use out of limited available space, and cited the pool, the creation of multiple chic dining venues, the overall rooftop experience and especially the revamped elevator lobbies as examples.

“I love their elevator lobbies, which is critical in the lifeblood of a community,” he said.

Dillard was impressed by RFM’s ability to thread the needle between honoring Graham’s original design and creating a modern, functional building. He noted that the design team used a common practice of borrowing outdoor views to make interiors appear larger than they are, highlighted by the flow of windows above the wall separating the library and arts studio. That small section of glass gives the ceiling a continuous appearance from one room to the next.

“It’s a trick that, for whatever reason, we abandoned 30 or 40 years ago,” he said. “This is a perfect example of how we can learn from the past by redeploying some of the things that architects were doing back then for the betterment of the space.” 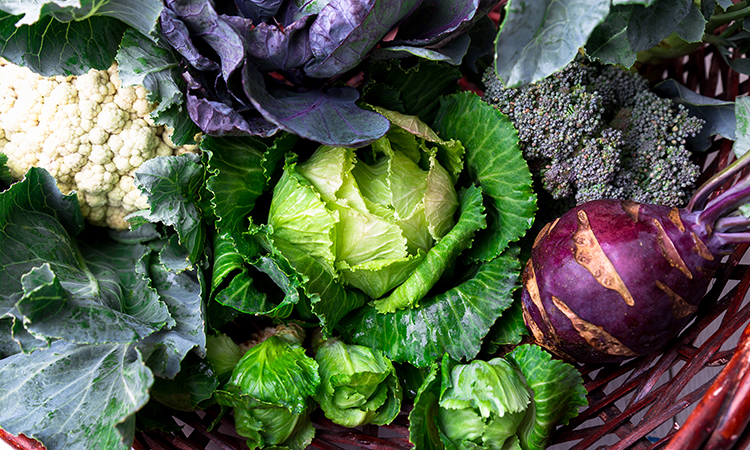 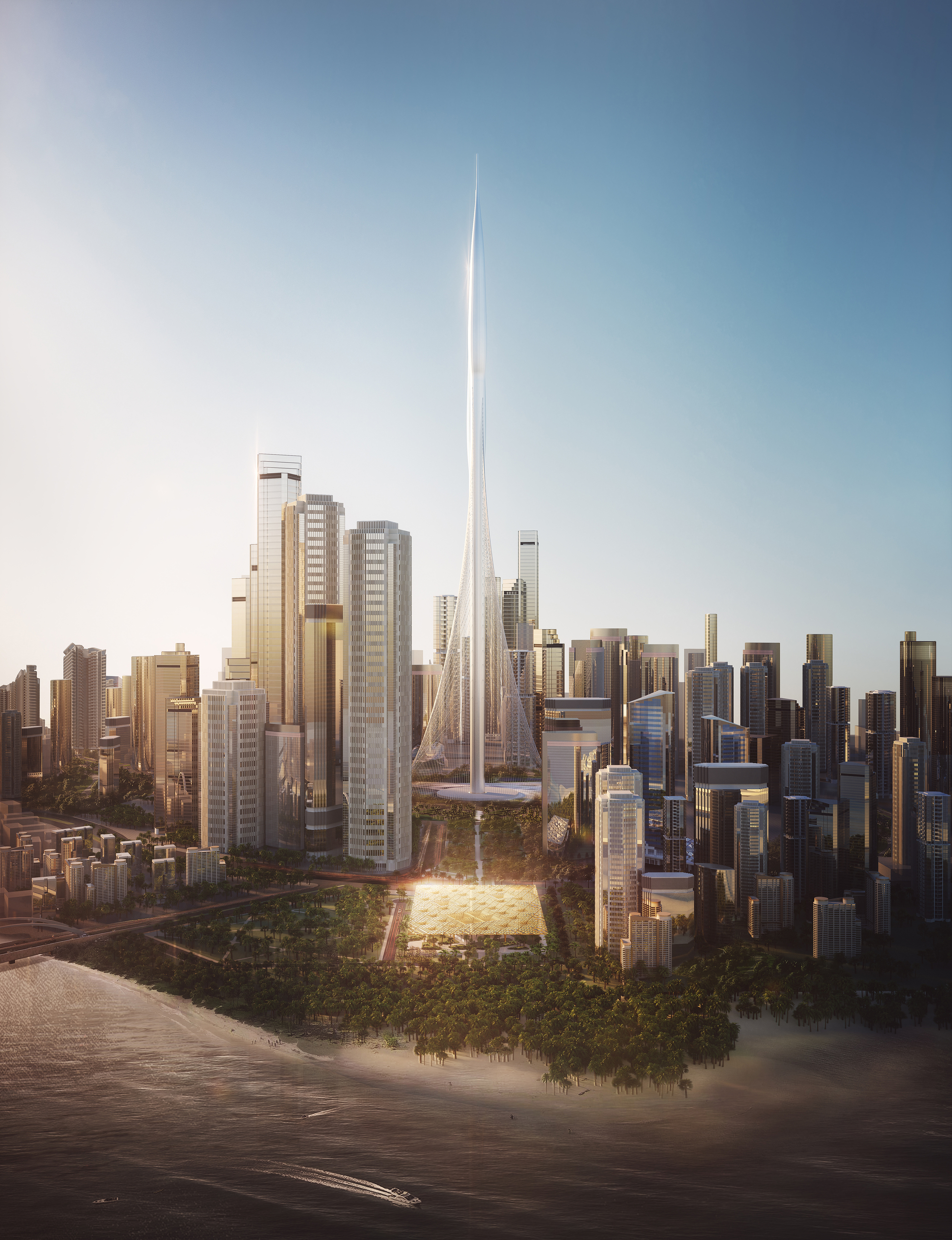