President Joe Biden and First Lady Jill were momentarily left standing in the cold on Inauguration Day after the front doors of 1600 Pennsylvania Avenue weren’t opened for them – a breach of protocol caused by the firing of the chief usher of the White House hours earlier.

With the world watching on, the 46th US President and his wife walked up the steps of their new home for the first time on Wednesday, as a small crowd of family members followed behind.

The couple posed for photos outside the large wooden doors of the North Portico, waiving to the crowd as a military band played ‘Hail to the Chief’ nearby.

They then embraced one another, before turning to venture on inside. But there was a problem: the doors didn’t open.

For an awkward but fleeting period of around 10 seconds, Biden stares puzzlingly at the door before turning back to shoot a confused look at his approaching family members.

Eventually the doors swing open, though it’s unclear whether Jill and Joe were forced to open them themselves, or whether someone on the inside finally notice the mistake.

It remains unclear exactly what caused the delay, though the firing of the chief usher of the White House, Timothy Harleth, likely had a part to play.

Scroll down for video

Though the White House doors are typically opened by Marine guards, the chief usher is in charge of greeting the incoming president and his family, in addition to overseeing operations at the residence.

However, Harleth wasn’t there to greet the Bidens when they arrived because he had been fired around five hours earlier.

Harleth, the Trumps’ chief usher and a former rooms manager of the Trump International Hotel in Washington, told the New York Times he was moving furniture on Inauguration Day when he was told at 11:30am that his services were no longer needed.

Biden’s aides had reportedly called the White House on Wednesday, saying the incoming president planned to bring in someone else to take over his role.

Harleth was personally chosen by Melania Trump to act as chief White House usher in 2017.

At the time, then-First Lady Melania said he was selected ‘because of his impressive work history and management skills.’

Harleth’s duties primarily included overseeing budgets, planning the family’s dinner menus and handling any personal issues. His salary was estimated to be around the $200,000 mark.

While the job is traditionally considered non-political, the Times noted Melania’s decision to hire a Trump Organization employee added a partisan implication to Harleth’s tenure.

After Election Day, Harleth found himself in the increasingly difficult position of attempting to prepare the White House for a new tenant while the current occupant was still refusing to concede the race.

Former White House Chief of Staff Mark Meadows reportedly became angered at Harleth for attempting to send briefing books about the residence to the Biden transition team after he was confirmed to be the winner.

In a statement to the Times, Harleth said: ‘It has been an honor to serve as chief usher, a position whose loyalty is not to a specific president, but rather to the institution of the presidency.

‘I am proud that I had the opportunity to lead the residence staff to receive the incoming first family with the utmost respect and dignity, not just for this administration, but for the future success of the office of the president.’

It’s currently unclear who Jill Biden will appoint to replace Harleth. A number of his deputy chief ushers have remained in their positions under the new administration.

While the incident involving the front doors was only fleeting, it apparently did not go unnoticed among former White House workers.

‘There was a protocol breach when the front doors were not held open for the first family as they arrived at the North Portico,’ Lea Berman, White House secretary for George W. Bush told the Times.

Former White House curator Betty Monkman added: ‘The delay in opening the door did puzzle me a bit.’ 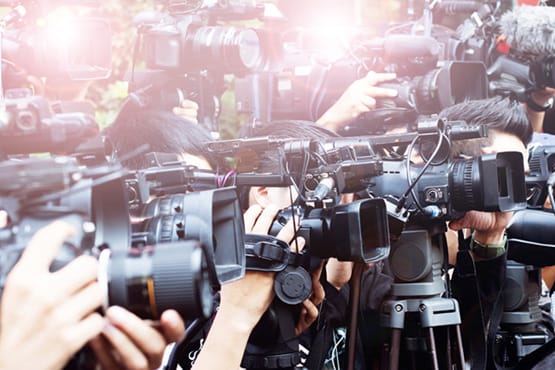