Nicole Tysvaer of Symbi Homes, a builder specializing in sustainable houses, had just built the home of her dreams in the Brookdale neighborhood of Northwest Washington when her family’s needs changed, leading her to revamp this mid-century modern house in the Carderock Springs neighborhood of Bethesda, Md.

“Right when we finished [building the Brookdale house], I realized my dad’s health was getting bad,” she said. “I was worried about him, and the place we were living just wouldn’t accommodate my parents. And I also have a sister who is in a wheelchair and requires full-time care.”

Distinguished homes for sale in the D.C. region

In 2015, when Tysvaer went looking for a house with a bit of land so she could put on a ground-level addition that would be compliant with the Americans With Disabilities Act, she found this 1964 mid-century house.

“So we sold the brand-new house we just built and moved into a complete fixer-upper,” Tysvaer said.

When the family of five moved into the house, only one toilet and one shower worked, and they were in different bathrooms.

“I did put my family through all that torture,” Tysvaer said.

But despite the shortcomings, the house and the neighborhood had much to recommend them. Carderock Springs is a community of 275 modernist houses that is on the National Register of Historic Places. It was developed by Edmund J. Bennett between 1962 and 1966 and designed by Keyes, Lethbridge and Condon to take advantage of the landscape and topography.

“We love Carderock,” Tysvaer said. “We love the mid-century modern vibe, the situated modernism, the beautiful trees, the trails.”

Renovation of the house took place in phases. Tysvaer worked with the same architect who designed her Brookdale home, Mario Pareja.

“He’s very — how should I say it? — almost avant-garde,” she said. “But heavily influenced by Frank Lloyd Wright as well. He came up with the concept for the ginormous butterfly roof and some of the really interesting angles that we have in the house.”

Designing the house had as much to do with its functioning well as looking good.

“I became really obsessed with this idea of how do you bring together a multigenerational family in a way that’s really comfortable and gives everybody their own space,” she said. “That’s how we ended up coming up with the design where we built around a courtyard.”

The house is nestled in a wooded enclave, which had its advantages as well as its drawbacks.

“I was amazed at how even though the homes in Carderock are known for their floor-to-ceiling windows and sliding-glass doors, it was actually really dark in here,” she said. “I wanted to experiment and figure out how do we bring in more natural light as a sustainability concept: Use less artificial light; bring in more natural light. So I just started adding skylights and didn’t stop for a while.”

Tysvaer, who now calls her home the “illumination house,” installed 11 skylights and two solar tubes that flood the space with natural light.

When Tysvaer was trying to come up with another use for the cedar-lap ceiling in the original rec room, she called Blake Sloane of Forty Third Place in Hyattsville, whom she had worked with on previous projects. He designed the feature wall in the kitchen using the reclaimed wood.

“He put his design on it, and then I chose the colors,” she said. “I knew, in terms of finishes, I wanted a very clean palette with punches of mid-century colors.”

Although the kitchen cabinets look expensive, with their flat-sawn, cross-grain walnut faces, they are Ikea cabinets with custom fronts by Semihandmade, a company out of California.

“This is part of our philosophy with my company,” Tysvaer said. “We try to find ways to save money on the finishes so that we can put more money where it really counts, like insulation, windows, mechanicals, the stuff that’s going to make your home energy-efficient and more comfortable.”

There are other advantages, too.

“Also, it’s a way to not be too committed to what you are doing,” she said. “Because I can swap those out, and that’s what I was thinking. I thought maybe we would be here for longer, but, hey, I could swap these out in 10 years.”

In the end, the fixer-upper turned out better than the Brookdale house in many ways, Tysvaer said.

“One thing I can tell you for sure is it definitely lengthened my dad’s life,” she said. “We created a really safe space for him where he could be, he could rest. He became not very mobile towards the end. But, also, there were four different times when he needed emergency medical care. The ambulance was able to get in and out of our house — I timed it one time — it was like seven minutes they were in and out.”

After the success she had with it, Tysvaer would like for others to consider multigenerational living arrangements.

“I’m just hoping that more people catch on to this idea that you can co-locate but still have your own separate spaces and have the best of both worlds,” she said.

The eight-bedroom, six-bathroom, 4,341-square-foot house is listed at just under $2.2 million.

The name of the architectural firm that designed homes in the Carderock Springs neighborhood was misspelled in a previous version of the story. It is Keyes, Lethbridge and Condon. 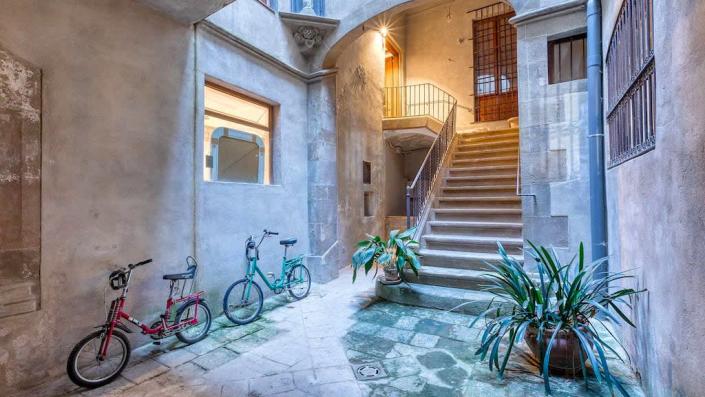 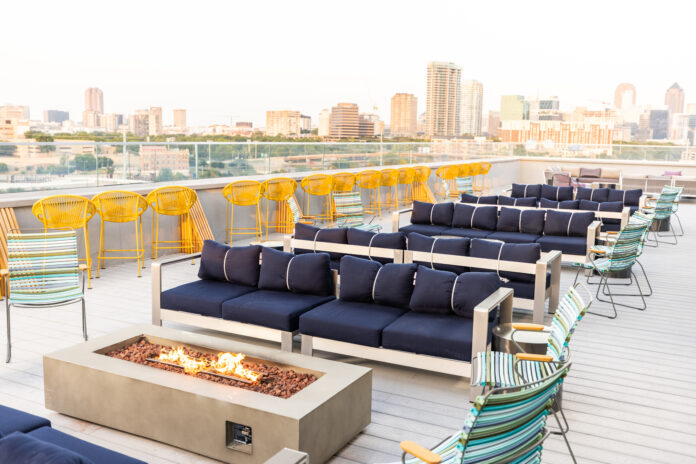